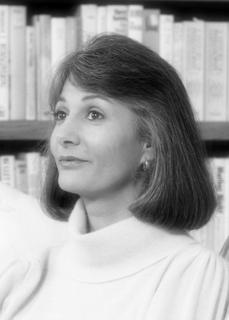 This article was invited for The Oxford Handbook of Mary (Oxford University Press, 2019). It considers the modernizing of the Catholic Church at Vatican II, which had numerous beneficial results but also reduced the Virgin Mary's spiritual presence and meaning to a more literal, objective, and strictly text-based version, which is simultaneously more Protestant and more modern. In the decades since Vatican II, however, the modern, mechanistic worldview has been dis­lodged by discoveries in physics and biology indicating that physical reality, the Creation, is composed entirely of dynamic interrelatedness. This perception informs the full spiritual presence of Mary with its mystical and cosmological dimensions.

A View from the Chute

Charlene Spretnak wrote this essay after the town where she lives almost burned down in the Thomas fire in December 2017. A new possibility for talking about climate-change action with climate-change deniers is proposed in the wake of the many extreme weather events that year. This article was published on the FeminismAndReligion.com site on 21 February 2018.

This article was invited for an issue of Spring Journal on Women's Voices (Fall 2014), which was inspired by Terry Tempest Williams' book When Women Were Birds. The article considers various issues faced by female writers working in an Indo-European language.

Anatomy of a Backlash: Concerning the Work of Marija Gimbutas (394 KB)

This article, from the Journal of Archaeomythology (Vol. 7, dated 2011 but published in 2012), delineates three stages of misrepresentation and distortion in the creation of a backlash undermining a distinguished, pioneering scholar, now deceased; the example examined involves the work of the late archaeologist Marija Gimbutas.

This article (National Catholic Reporter, 28 May 2010, print and online) names the infrastructure of patriarchal values (e.g., that the violation of a child does not have as much weight as the progress of a man's career) behind the Catholic Church's international sex-abuse scandal, suggests that an examination of conscience is in order, and advocates a spiritual program of renewal involving all members of the Church to move beyond dominance-and-submission as the model of interaction by honoring the relational wisdom of women.

Ecological literary criticism (ecolitcrit) began in the mid-1990s in the United States and now has spread to many countries. CS was invited to write an article for the inaugural issue of the Indian Journal of Ecocriticism in 2008. She discusses the (then) dearth of contemporary novels and stories that look beyond the human drama to the increasingly degraded condition of the more-than-human world (as David Abram puts it), in which we are deeply embedded. The scholarly apparatus is all set up to study it, but where is the river of literary works engaged with the major crisis of our times? Since then, many dystopian novels have appeared, but CS calls for works of literary art that challenge and enlarge our diminished sense of existence such that we begin to grasp that each of us is formed and informed by constitutive relationships with the subtle processes of the natural world.

How Gore Lost the Green Vote

This op-ed piece (San Francisco Chronicle, 19 November 2000) identified the puzzling decision Al Gore and his campaign staff made that caused them to fail to pick up needed Green votes in the final two weeks of the 2000 campaign: they decided not to make public concessions to to the Green Party platform (which would not have required negotiating a deal with Ralph Nader). This is what liberal parties in many countries do when it's clear that they cannot win without the votes of Greens or other minority parties: they publicly promise to take several policy actions advocated by the Greens that are not in the liberal party's platform.

This article, written at the turning of the millennia, reviews problematic assumptions in the modern Western worldview and then considers the progress made during the last quarter of the 20th century in moving toward a less mechanistic, less dualistic, more accurate apprehension of the organic, interrelated nature of life on Earth. It was published in the British journal Resurgence, no. 201, July/August 2000.

CS wrote this article as an experiment -- and to have a little fun. She was invited to write an article for the anthology Ecofeminism: Women, Culture, Nature, which would be published by Indiana University Press in 1997. Because the book was with an academic press, all the articles had to be peer-reviewed, that is, sent out to experts in the field who would judge whether the work met the intellectual standards of the press and to require any needed clarifications or development. Because most academic philosophers are, in general, unfavorably disposed toward spirituality or religion (a position held even more intensely by deconstructive postmodernism, for which this press was known then), CS decided to submit an article that discussed the same ideas and concepts presented in her book States of Grace but with different labels: in place of "grace" she used "radical nonduality," and in place of "spirituality" she used "philosophy." After all the articles had gone through review, the editor told CS that hers was the only article accepted with no changes required. All of which just goes to show that opponents are perfectly willing to enter into dialogue -- as long as they don't know it's happening.

This article makes the case for eschewing the Lone Cowboy type of autonomy, central to modern thought since the Enlightenment, in order to cultivate a more realistic, ecological understanding of a person as a Self-in-Relationship with body, nature, and other people. It was published in Open Eye (CIIS), vol. 12, no. 1, June 1995, San Francisco. The sense of the embodied, embedded Relational Self runs through all of CS's books.

In the 1980s Petra Kelly (1947-1992) was internationally known for her co-founding and co-leading the Green Party of West Germany. Because she had attended high school and college in the United States, she was also a bridge figure, presenting the Green political analysis and vision stunningly well on Meet the Press , for instance. "A Living Memorial" is the piece delivered by CS, who was a friend, at the memorial service in San Francisco held by the Green Party of California. (The main memorial service was held in Bonn.) CS wrote the postscript, "For Women Who Dare," eight months later.

Ecofeminism: Our Roots and Flowering (6.41 MB)

This article is based on the keynote address CS delivered at the conference on "Ecofeminist Perspectives: Culture, Nature, and Theory," held at the University of Southern California in March 1987. It was published as the lead piece in the anthology entitled Reweaving the World: The Emergence of Ecofeminism, edited by Irene Diamond and Gloria Feman Orenstein (Sierra Club Books, 1990).