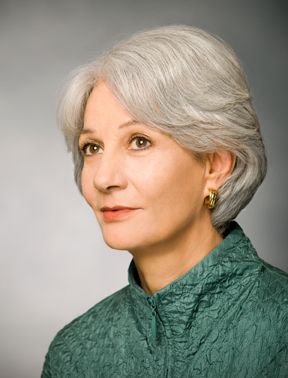 Charlene Spretnak is the author of nine books on cultural history, social criticism (including feminism and Green politics), and religion and spirituality, several of which proposed a "map of the terrain" of emergent movements and expanded new ways of thinking. In recent decades she has explored societal implications of the discoveries in human biology of dynamic interrelatedness as the key to understanding how the physical world, including us, is actually structured and functions. In a sense, all her books have been concerned with dynamic interrelatedness. Her book Green Politics was a major catalyst for the formation of the U.S. Green Party movement, which she and others cofounded in 1984. She is also a cofounder of two branches of the feminist movement: the women's spirituality movement and ecofeminism. Her book The Resurgence of the Real was named by the Los Angeles Times as one of the Best Books of 1997. In 2006 Charlene Spretnak was named by the British government's Environment Department as one of the "100 Eco-Heroes of All Time." In 2012 she received the Demeter Award for lifetime achievement as "one of the premier visionary feminist thinkers of our time" from the Association for the Study of Women and Mythology. She is a professor emerita in philosophy and religion.